How to automatically compare workbench objects between different SAP systems?

In this article, I will show you how you can in easy and almost automate way compare objects between different SAP systems.

Why should I care about objects comparison between different SAP systems?

Have you ever had to perform retrofit activities between two or more systems? I hope you can agree, that on the one hand, this is a very tedious and repetitive activity, but on the other hand, it is very crucial. Obviously after retrofitting you want to be sure, that on both SAP systems the same objects have the same version and that logic in your code is exactly the same.

Retrofitting activities are not the only scenario where you compare these objects. Let’s get right to the point on how to speed up the process of comparing objects between SAP instances.

How to compare workbench objects different between different SAP systems?

At the beginning, I compared my objects manually, but after 2 hours I had enough. I started my research and I found a standard SAP report, that immediately became my best friend.

The only prerequisite that you need to in order to use that report is the ABAP RFC connection between the current system and the system that is the subject to comparison.

Once you have your RFC connection available, you can start your play with the report: RSSYSCOMP

When you execute the program you have various options to choose based on which you can compare your objects between two SAP systems.

Let me describe the most useful (in my opinion)  options:

In the first step, the report will collect information about the objects that exist in the current system and the one for which you use the RFC connection. In my case, it compared objects from ED1 and S42 systems, as you can see below.

On the left-hand side (1) you can see objects that exist only in the current system, but they don’t exist in the second SAP system.

Finally, in the middle section (3) you will see objects that exist in both systems. You can select all the objects and then click the button Version Comparison. By doing so, the report will compare objects between these two SAP systems automatically!

As you can see below I have only two objects in my package, but imagine the real-life situation, where you have thousands of objects in a specific package – this can save you a lot of time. You can see the summary with information on how many objects have been compared, how many of them are OK and how many of them differ. I can select here even specific objects and see differences immediately by clicking Object Comparison.

Once you do it, you will be redirected to the window that you know pretty well 😉. In my case, I can see that the logic is the same, but the way how it was written differs. Now it’s the time to decide whether we should adjust the version of the report, which version should be adjusted and so on, but this is not the subject of our matter.

Do you find this report useful in terms of massive comparison of the objects on your SAP systems? Maybe you know any other great reports, classes, function modules that speed up different processes? 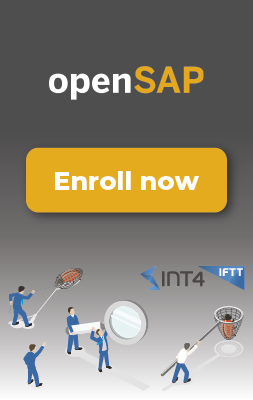 This website or its third party tools use cookies, which are necessary to its functioning. By closing this banner, scrolling this page, clicking a link or continuing to browse otherwise, you agree to the use of cookies. If you want to know more or withdraw your consent to all or some of the cookies, please visit our Cookie Policy.